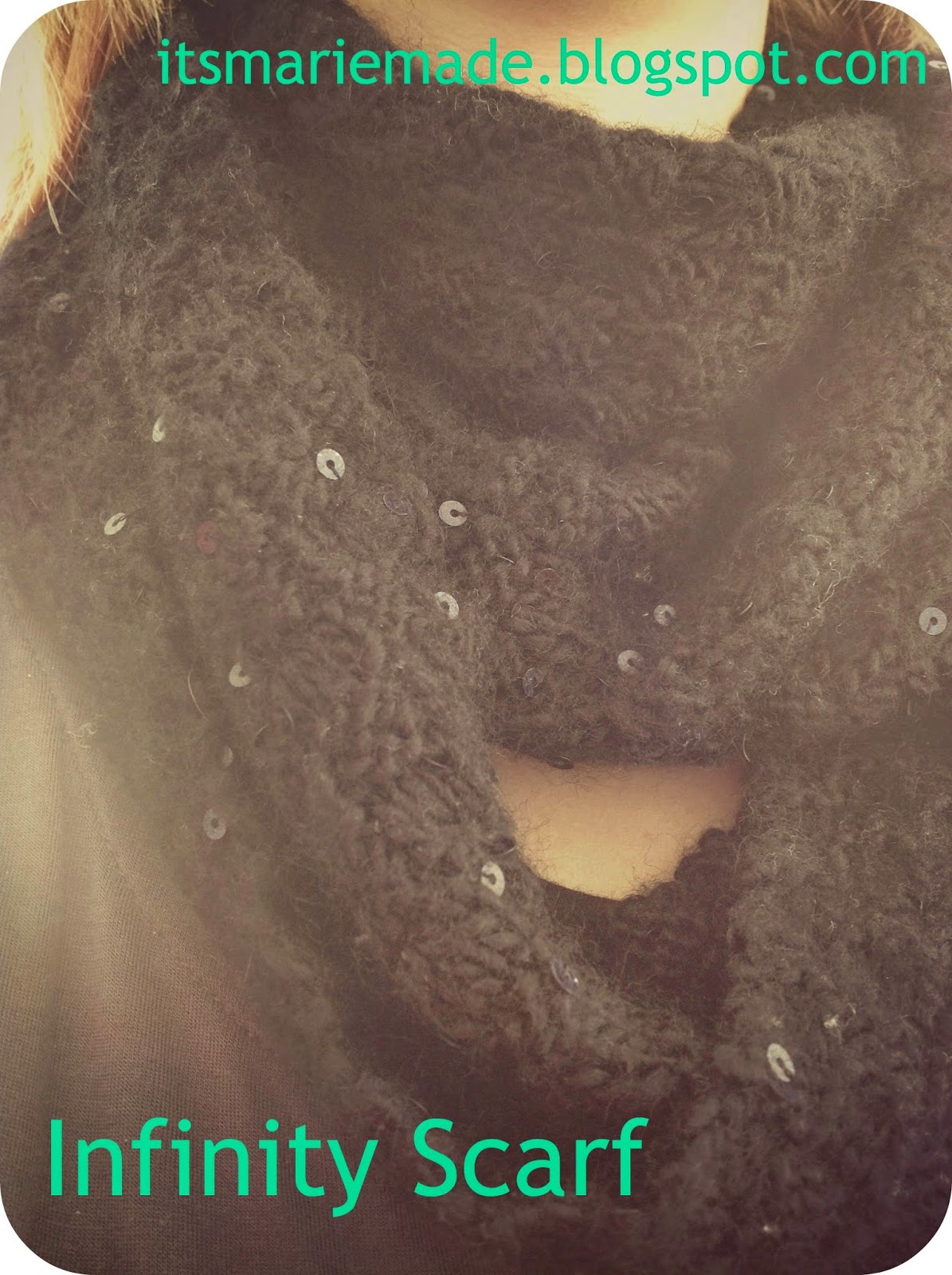 Last year sometime I saw an advert on TV for a series called "The Art of Knitting". You could buy a magazine which came with instructions, a pair of knitting needles and some wool to start you off. The idea was that each week a new magazine came out and each week you complete a knitted square which by the end of the series could be sewn together to make a blanket. I decided to give it a go as I had previously done some knitting as a child but never took it up seriously as my mum lost patience teaching me (mostly due to the fact that I am left-handed and couldn't get the hang of doing everything backwards). Anyway, I am lucky enough to work with some very talented crafty people at my work, so they said they would steer me in the right direction.


So I go and buy the first issue, only $2.50--- a bargain! Until I read the fine print "throw complete in 90 issues" Seriously?! That's nearly 2 years work! Not to mention that the regular price of each issue was about $10, so that makes for a long and expensive throw! So I decide on a change of plan, once I get the basic stitches down, I will make a scarf. There can't be anything much simpler than a scarf!

Which brings me to the point of this post! I went to Spotlight to get my wool. Being an absolute novice, I had no idea what to pick out, so I thought I would just pick something I liked the look of. And sure enough I happened upon this little beauty-- 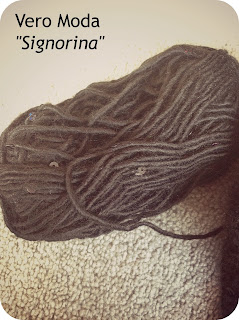 A soft black wool with shiny sequins! Right up my alley! And complete with a pattern on the back of the ball band. Could it be any simpler!

The pattern is very simple so even a real beginner like me didn't have (much) trouble following along.
The pattern is as follows:

3x 50g balls "Moda Vera" Signorina
1 pair 4mm knitting needles (I actually used 4.5mm as that was what I had from my magazine)
Scissors
Yarn Needle
Tape measure

Tension
19 sts x 27 rows to 10cm over pattern using 4 mm needles
(I actually have no idea what this means. I just cast on and away I went) 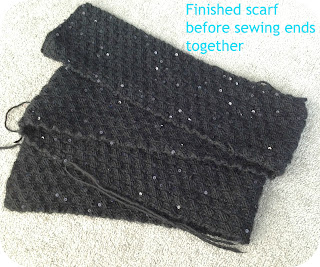 I just have to make a comment about the abbreviations here. What is the point of writing such abbreviated instructions for such a simple pattern! Surely it would take less time to write it out in full??!! This is my bug bear with knitting I think.
What you end up with is a pattern almost like a checker board with little squares. The pattern is very forgiving in that I made quite a few mistakes and some squares are more like rectangles but it's barely noticeable for the whole scarf. 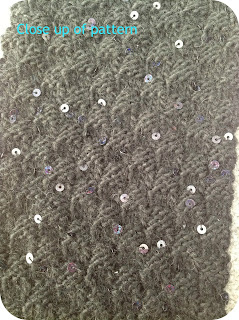 It did take me a reeeeeaaaaalllyyyy long time to complete it as the constant switching of the pattern is slow work. Also sometimes I'd get a little lost as to which pattern or knit/purl stitch I was doing. The sewing together of the ends in this wool is good to because you can't see my very average stitches. I am not a perfectionist by any means! I think of myself as a messy creator, if it overall looks good, then it's good enough for me. I think it took me approximately 6 months (or even more) to finish it as I did start late in the Winter last year (2012) and then picked up again in Autumn this year (2013) to finish off.


But it was well worth it as I have been wearing it CONSTANTLY in the freezing Wellington winter. I've just finished a 2nd one for my sister! Much quicker 2nd time round too! 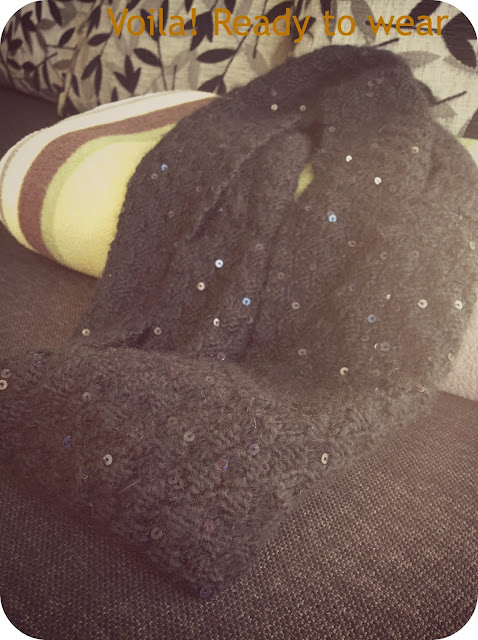 Marie Turner
Hello and Welcome! I'm Marie, and I'm writing about things that I've been making, baking and creating. I'm a Kiwi girl living in Wellington, New Zealand. I hope my little space inspires you to start making...things!